What is Duchenne muscular dystrophy?

Duchenne muscular dystrophy (DMD) is a genetic disorder characterized by progressive muscle degeneration and weakness due to the alterations of a protein called dystrophin that helps keep muscle cells intact. DMD is one of four conditions known as dystrophinopathies. The other three diseases that belong to this group are Becker Muscular dystrophy (BMD, a mild form of DMD); an intermediate clinical presentation between DMD and BMD; and DMD-associated dilated cardiomyopathy (heart-disease) with little or no clinical skeletal, or voluntary, muscle disease.

DMD symptom onset is in early childhood, usually between ages 2 and 3. The disease primarily affects boys, but in rare cases it can affect girls.

In Europe and North America, the prevalence of DMD is approximately 6 per 100,000 individuals.

What are the symptoms of DMD?

Muscle weakness is the principal symptom of DMD. It can begin as early as age 2 or 3, first affecting the proximal muscles (those close to the core of the body) and later affecting the distal limb muscles (those close to the extremities). Usually, the lower external muscles are affected before the upper external muscles. The affected child might have difficulty jumping, running, and walking. Other symptoms include enlargement of the calves, a waddling gait, and lumbar lordosis (an inward curve of the spine). Later on, the heart and respiratory muscles are affected as well. Progressive weakness and scoliosis result in impaired pulmonary function, which can eventually cause acute respiratory failure. For more about DMD symptoms, see Signs and Symptoms.

Becker muscular dystrophy (BMD) is a similar to DMD, but with onset usually in the teens or early adulthood. The disease course for BMD is slower and less predictable compared to DMD.

DMD was first described by the French neurologist Guillaume Benjamin Amand Duchenne in the 1860s, but until the 1980s, little was known about the cause of any kind of muscular dystrophy. In 1986, MDA-supported researchers identified a particular gene on the X chromosome that, when flawed (mutated), leads to DMD. In 1987, the protein associated with this gene was identified and named dystrophin. Lack of the dystrophin protein in muscle cells causes them to be fragile and easily damaged.

DMD has an X-linked recessive inheritance pattern and is passed on by the mother, who is referred to as a carrier. For more about the way gene mutations cause DMD, see Causes/Inheritance.

What are DMD “carriers”?

DMD carriers are females who have a normal dystrophin gene on one X chromosome and an abnormal dystrophin gene on the other X chromosome. Most carriers of DMD do not themselves have signs and symptoms of the disease, but a minority do. Symptoms can range from mild skeletal muscle weakness or cardiac involvement to severe weakness or cardiac effects and can begin in childhood or adulthood. For more, read Females and DMD in Causes/Inheritance.

What is the life expectancy in DMD?

Until relatively recently, boys with DMD usually did not survive much beyond their teen years. Thanks to advances in cardiac and respiratory care, life expectancy is increasing and many young adults with DMD attend college, have careers, get married, and have children. Survival into the early 30s is becoming more common than before. For more about living with DMD, see Medical Management.

What is the status of DMD research?

MDA-supported researchers are actively pursuing several exciting strategies in DMD, such as gene therapy, exon skipping, stop codon read-through and gene repair. Human clinical trials are underway for some of these strategies. For an overview of DMD research strategies and the latest research news, see Research.

In December 2019, Vyondys 53, an “exon skipping” drug that targets a section of DNA called exon 53 was approved by the FDA for treatment of individuals who have a confirmed mutation of the DMD gene that is amenable to a therapeutic strategy called exon 53 skipping and may help up to 8% of individuals with DMD. For more, see https://www.mda.org/press-releases/mda-celebrates-fda-approval-vyondys-53-treatment-dmd-amenable-exon-53-skipping.

In August 2020, Viltepso, an “exon skipping” drug that targets a section of DNA called exon 53. was approved by the FDA for treatment of individuals who have a confirmed mutation of the DMD gene that is amenable to a therapeutic strategy called exon 53 skipping and may help up to 8% of individuals with DMD. For more, see https://strongly.mda.org/fda-approves-ns-pharmas-viltepso-for-treatment-of-dmd-amenable-to-exon-53-skipping 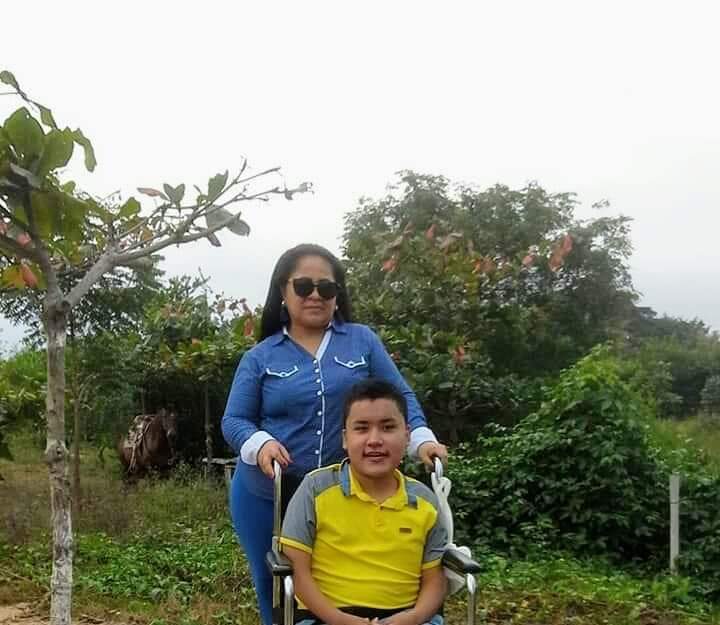